FAFIA is an alliance of women's organizations at the national, provincial, territorial, and local levels.

Our mandate is to advance women’s equality in Canada by working for the full implementation of the international human rights treaties and agreements that Canada has ratified. 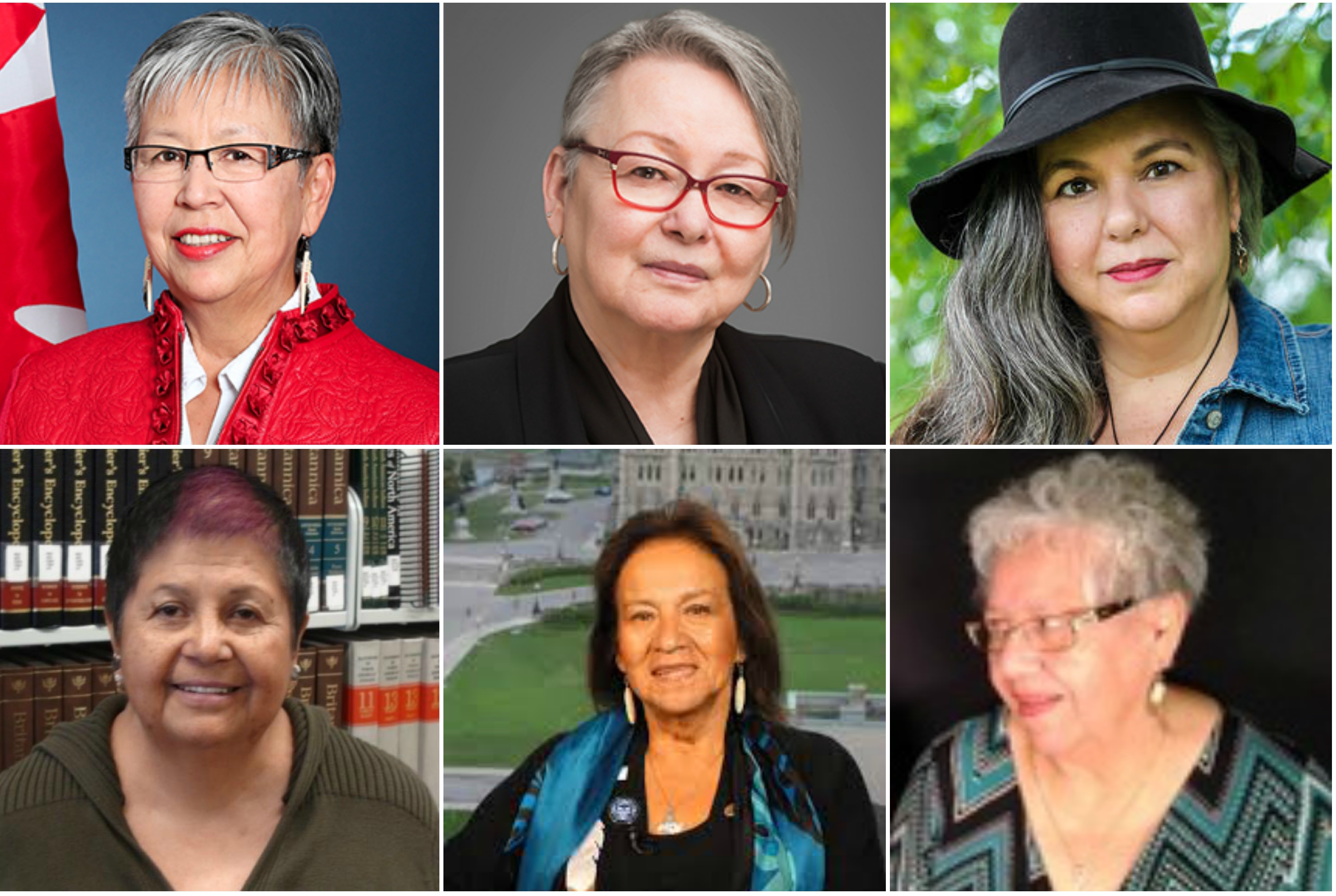 For over 143 years, First Nations women and their descendants have had to fight a long and winding battle to dismantle the sex-based discrimination that has been perpetuated by the Indian Act. On August 15, 2019, these women, advocates, and communities celebrated a momentous victory for gender equality as the Government of Canada finally brought the outstanding provisions of Bill S-3 into force. These final Bill S-3 provisions will eliminate remaining sex-based inequities from the Indian Act and abolish the 1951 cut-off from the Indian Act registration provisions.

For immediate release 29 November 2021 An urgent request to the United Nations Committee on the Elimination of Racial Discrimination to intervene in recent human rights violations against Indigenous peoples in BC has been submitted by a coalition of Indigenous rights, human rights, and environmental experts. The submission asks the UN committee to hold Canada accountable for repeated human rights violations against Indigenous peoples relating to fossil fuel expansion and for flouting a 2019 UN directive to stop work on the Coastal GasLink Pipeline. In 2019, the UN committee called for Canada to halt work on the Coastal GasLink pipeline, Trans Mountain Pipeline Expansion project, and Site C dam until free, prior, and informed consent is obtained from Indigenous peoples. The committee also told Canada to withdraw police and private security forces from Wet’suwet’en territory, and to refrain from forcible removal and lethal force against peaceful land defenders. The submission outlines serious, recent, and ongoing human rights violations in Wet’suwet’en territory, including continued pipeline construction without free, prior, and informed consent, forcible removal, arrest and imprisonment of peaceful Indigenous peoples by paramilitary RCMP, and arrest and imprisonment of legal observers and media. The document also points to violent arrest of Gitxsan supporters in Gitxsan territory. Today, the submission authors were joined by other Indigenous, human rights, and environmental leaders, sending a letter that urges Prime Minister Trudeau to respect the rights of Indigenous peoples and the terms of the UN Convention on the Elimination of Racial Discrimination. “Canada’s willful disregard of the UN’s 2019 directive is disturbing, especially in light of the current climate catastrophe in British Columbia and the genocide of Indigenous women and girls. The relentless pursuit of oil and gas expansion is an existential threat to Indigenous peoples, children, and future generations,” says Zoë Craig-Sparrow, Director of Indigenous Rights and Environmental Justice at Justice for Girls. “It’s simply a wholesale violation of Indigenous, domestic, and international law.” “Despite generations of genocidal laws, policies, and practices by governments and corporations, Indigenous peoples are still here defending our lands, our sovereignty, and our peoples. Our job is to call out grave human rights violations against any Indigenous land defender and push BC, Canada, Coastal GasLink, and the RCMP to stop breaking the law. The United Nations has called on Canada to stop these human rights violations and Canada needs to listen,” says Dr. Pam Palmater, Mi’kmaq lawyer, legal scholar, and Chair in Indigenous Governance at Ryerson University. “We call on Prime Minister Trudeau to respect the rule of law, including Canada’s international obligations under human rights treaties. Canada’s pledge to implement the United Nations Declaration of the Rights of Indigenous Peoples appears insincere: the government acts as if reconciliation and decolonization are sham commitments,” says constitutional law expert, Professor Margot Young.

To see the urgent submission to the UN Committee on the Elimination of Racial Discimination regarding the recent forcible removal of Wet’suwet’en, click here. To see the letter signed by Indigenous, human rights and environmental organizations, follow the links below: English version French version Background: United Nations Committee on the Elimination of Racial Discrimination’s (2019) Decision 1 (100) on Canada: For more information contact: [email protected]

The Canadian Feminist Alliance for International Action (FAFIA) condemns the escalation of violence, arrests and detainment of Indigenous peoples, social justice activists, land defenders, legal observers, and the people of the unceded, un-surrendered Wet’suwet’en and Gitxsan territories by the militarized Royal Canadian Mounted Police (RCMP). We are dismayed that during a state of emergency and climate crisis the government of BC has chosen to deploy the RCMP in Wet’suwet’en territory instead of utilizing state resources to assist with relief efforts in areas of the Province of British Columbia that are flooded.

The United Nations Committee on the Elimination of Racial Discrimination (CERD) pursuant to the Early Warning and Urgent Action Procedures expressed in a 2019 decision statement that they were “alarmed” and “disturbed” by the disproportionate use of force, harassment and intimidation by law enforcement officials. They called upon Canada to immediately cease construction of the Trans Mountain Pipeline Expansion project, Site C dam and Coastal Gas Link pipeline, and cancel all permits, until “free, prior and informed consent” is obtained from all the Secwepemc people, the Wet’suwet’en people and the West Moberly and Prophet River Nations, following the full and adequate discharge of the duty to consult.

The CERD urged Canada “to guarantee that no force will be used against Secwepemc and Wet’suwet’en peoples” and to withdraw “the Royal Canadian Mounted Police and associated security and policing services from their traditional lands”, and “to prohibit the use of lethal weapons, notably by the RCMP, against indigenous peoples”. The UN Convention on the Elimination of Racial Discrimination is a binding international law which Canada has ratified. The CERD is responsible for monitoring countries' implementation of the Convention. Canada has not complied with the decision, and Wet’suwet’en land defenders are once against being removed from their lands by the RCMP. Despite criticism from the CERD for inadequate response to the concerns raised in the 2019 decision statement, Canada has not replied, made public their previous communications with the CERD or acted to implement the decision.

We further condemn the deployment of the RCMP given the well-documented history of violence, racism, gender-based discrimination, and brutality against Indigenous peoples, especially Indigenous women, and girls. At this moment, there is no effective accountability mechanism in place for the RCMP which could hold the RCMP officers responsible for any unlawful acts.

We are concerned by the use of “exclusion zones” at the 27-kilometre mark of the Morice Forest Service Road by the RCMP. The use of an “exclusion zone” at Fairy Creek was found to be unlawful in a ruling by the BC Supreme Court in July 2021 and these actions stand in violation of the ruling. In September 2021, the BC Supreme Court denied an application to extend an injunction against blockades by protestors at Fairy Creek, finding that the actions of RCMP officers put the court's reputation at risk and that the RCMP’s methods of enforcing the court’s injunction led to “serious and substantial infringement of civil liberties”. We cannot ignore the documentation and numerous in-depth reports criticizing the RCMP’s repeated failure to uphold the rule of law.

We urge Canada to comply with the 2019 Declaration from the CERD Committee, and to take immediate action to remove the presence of militarized RCMP from Wet’suwet’en territory. We also urge Canada to respect and uphold the rule of law in the region, including Canada’s international legal obligations.

The RCMP: Its Culture and Future - FAFIA Webinar

On September 17, 2021 FAFIA organized an expert panel discussion on The RCMP: Its Culture and Future. This event’s success is in large part thanks to the 300+ folks who registered, tuned in, engaged in the chat, and learned about women and policing in Canada from experts.

If you missed out, you can find the recorded video of our webinar below. We have also included the event transcript here.

If you’d like a more in-depth read, follow this link to read the report discussed at the event, authored by panelist Honourable Michel Bastarache: Broken Lives, Broken Dreams: The Devastating Effects of Sexual Harassment on Women in the RCMP Final Report.

We welcome any feedback about the webinar, as this will help us in improving our future events. You can be reach us by email at: [email protected]

Find attached the submission by the petitioners Sharon McIvor and Jacon Grismer to the United Nations Human Rights Committee at the Office of the High Commissioner for Human Rights, United Nations Geneva. The petitioner submit to the Committee that Canada has failed to implement the Committee's Decision in Sharon McIvor and Jacob Grismer v. Canada (CCPR/C/124/D/2020/2010) to end the sex-discrimination in the Indian Act. The petitioners were led to believe by Canada that through Bill S-3 amendment to the Indian Act in 2019 the discrimination would end. However, that is not the case. Read the full submission here.

*The submission appendices can be found here.

We rely on the generous contributions from our supporters! Your funding will support research and public education on women’s human rights. Please make a pledge below, your generosity will help us to continue our work.