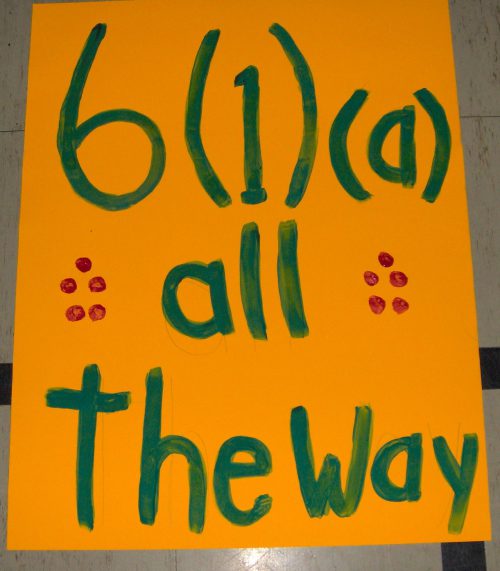 Any Tuesday, at a Cabinet meeting, the Government of Canada can remove the sex discrimination from the Indian Act that has been there for 143 years. They can do it any Tuesday because, in 2017, when the Indian Act was being amended one more time, the Senate of Canada insisted that all sex discrimination should be removed. Because the Senate intervened, Bill S-3 contains provisions that would eliminate the discrimination once and for all. But those provisions have not been brought into force. Cabinet can decide to bring them into force by Order in Council, at any regular meeting…any Tuesday.

Over the last twenty years, many United Nations treaty bodies have urged Canada to remove the sex discrimination. The latest UN intervention came in January 2019, when the United Nations Human Rights Committee ruled on Sharon McIvor’s petition, and found that the sex discrimination in the Indian Act violates Canada’s obligations under international human rights law to ensure equality for women and equal enjoyment of culture. The UN Human Rights Committee directs Canada to remove the sex discrimination fully and finally, and to ensure that First Nations women and their descendants are granted full 6(1)(a) status on the same basis as First Nations men and their descendants. 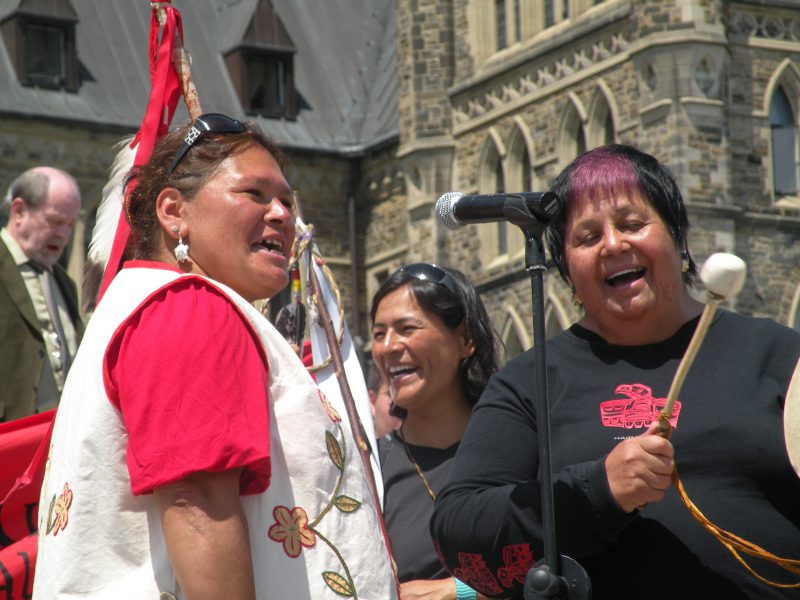 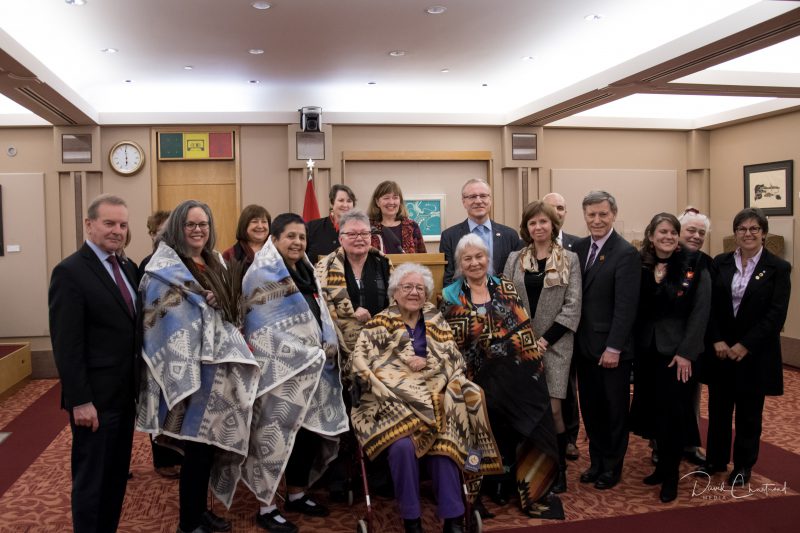 Members of the Senate, allies, and the Famous Six. Photo credit: David Chartrand

On February 28, 2019, the Senate of Canada passed a motion unanimously calling on the Government of Canada to bring into force the outstanding provisions of Bill S-3 in order to eliminate the remaining sex discrimination in the Indian Act.

This motion was introduced by Senator Lillian Dyck, who is a First Nations woman, a member of the Gordon First Nation in Saskatchewan, and the first female First Nations Senator in Canada. She is one of the Famous Six and she introduced this motion.

That the Senate, in light of the decision made by the United Nations Human Rights Committee of January 11, 2019, which ruled that ongoing sex-based hierarchies in the registration provisions of the Indian Act violate Canada’s international human rights obligations, urge the federal government to bring into force the remaining provisions of Bill S-3, An Act to amend the Indian Act in response to the Superior Court of Quebec decision in Descheneaux c. Canada (Procureur general), which would remedy the discrimination, no later than June 21, 2019.

Senator Lillian Dyck, and allied Senators Marilou McPhedran and Kim Pate, posed questions to the Government Leader in the Senate regarding Bill S-3 and the UN McIvor decision. Read this excerpt from Senate question period here (It is the section that starts at “Indian Act – Elimination of Sex Based Discrimination”)

Supporters of Immediate Elimination of Sex Discrimination from the Indian Act:

Here are 6 things you can do:

I am contacting you to call for the immediate removal of all sex discrimination from the Indian Act. I urge you to bring the outstanding sections of Bill S-3 into force before June 21, 2019. Discrimination against First Nations women has no place in Canada.

The Government of Canada has rejected this equal status amendment and wants the Senate to pass Bill S-3 without eliminating all the discrimination against First Nations women and their descendants. Learn about the Famous Six and read their message here. 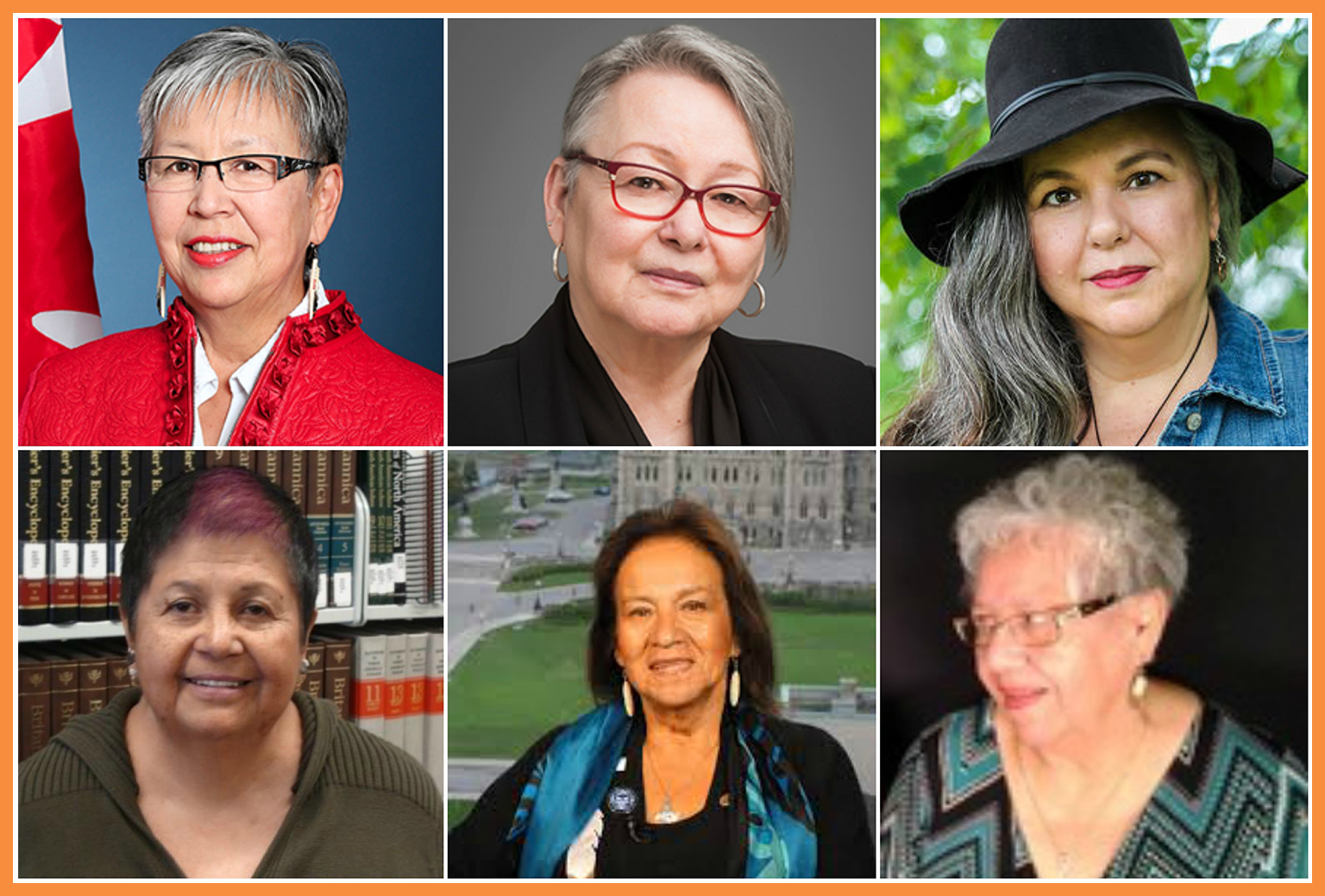 Find background information on Indian Act sex discrimination and Bill S-3 here and follow this link to register and watch the webinars hosted by the Canadian Women’s Foundation and FAFIA on the Indian Act.

Please join us in fighting to end discrimination against women in the Indian Act. Here’s what you can do:

Here is the letter addressed to the Prime Minister, with all the signatures!

To join our network or if you have any questions, email: bills3fafia-afai.org