The inter-american commission on human rights

The Inter-American Commission on Human Rights (IACHR) is the consultative and advisory body on human rights which is part of the Organization of American States (OAS). The OAS, which is based in Washington D.C., is a regional organization of the United Nations for the 35 independent states in the Americas. The Commission has seven members from different member states. As a member of the OAS, Canada is bound to respect, protect and fulfill the rights set out in the American Declaration on the Rights and Duties of Man (sic).

The IACHR meets twice a year and, at each session, it holds thematic briefings. Non governmental organizations (NGOs) from any member state of the OAS can apply for an opportunity to provide an in-person briefing for the Commission on any important human rights issue. The government of the state is required to send representatives to attend and reply. Thematic briefings are like mini hearings. Each briefing lasts one hour. 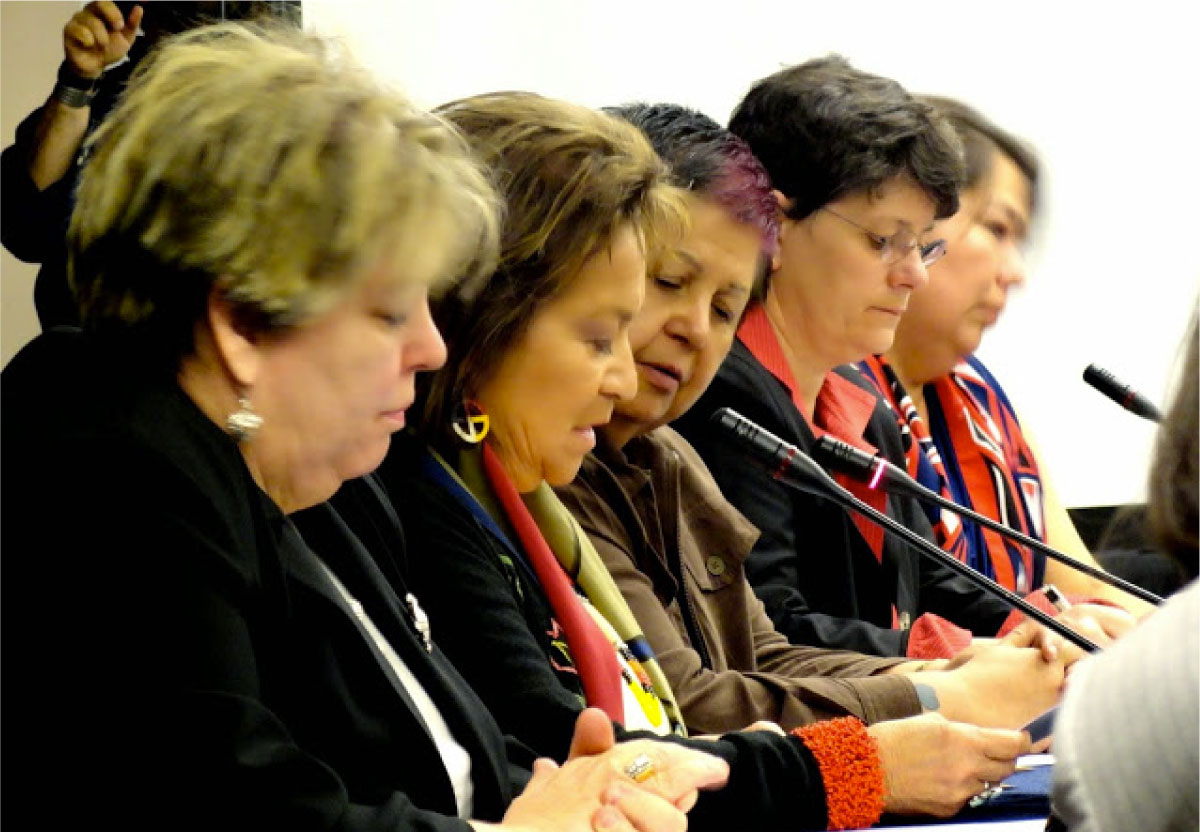 Above: NWAC and FAFIA representatives at the March 2012 Thematic Briefing before the IACHR in Washington, DC. 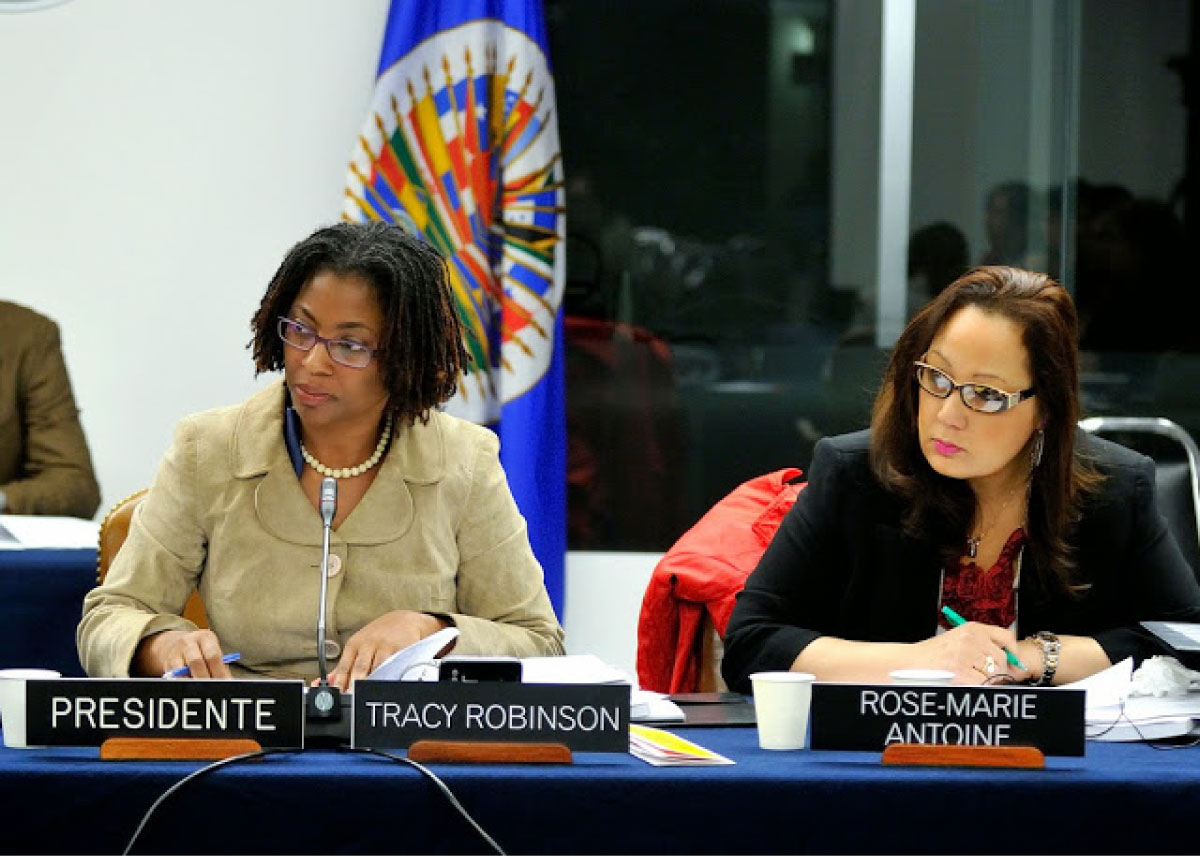 FAFIA and NWAC applied and were granted two thematic briefings in March 2012 and March 2013 on murders and disappearances of Aboriginal women and girls in Canada. (See following submissions and videos). As a result of these briefings, the Commission decided to send two Commissioners, Tracy Robinson and Dinah Shelton, to Canada in August 2013 for a visit to investigate and report on this human rights issue. Release of the report on this IACHR investigation is expected in early 2015.

Left: Tracy Robinson (left), President of the Inter-American Commission on Human Rights (IACHR), and Rose-Marie Antoine (right), Rapporteur for Canada, at the thematic briefing with FAFIA and NWAC. 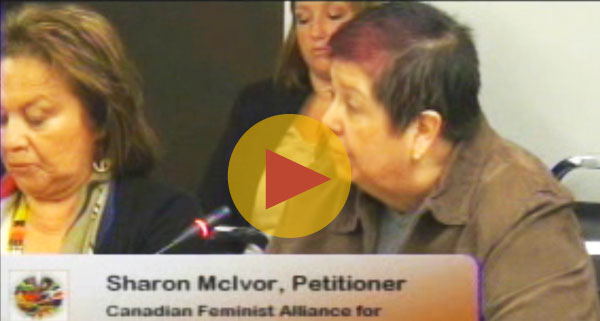 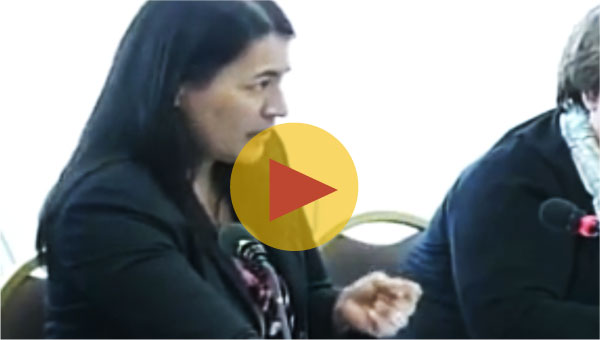 Other Procedures at the IACHR

Canadians can seek the assistance of the Commission regarding violations of any right in the Declaration, and a petition can refer to either an act by Canada or a failure to act. A petition can lead to oral hearings before the Commission, and to reports, recommendations, and to a visit to Canada to investigate.

Canada has not ratified the American Convention on Human Rights, or other conventions, like the Convention of Belem do Para on the rights of women, which are under the IACHR’s jurisdiction. Because of this lack of formal agreement, Canada is not bound to respect the rights in them. Therefore Canadians cannot make complaints to the IACHR regarding violations of rights in the Convention. Also, human rights issues in Canada cannot be taken to the Inter-American Court on Human Rights, as Canada has not recognized the jurisdiction of this Court. 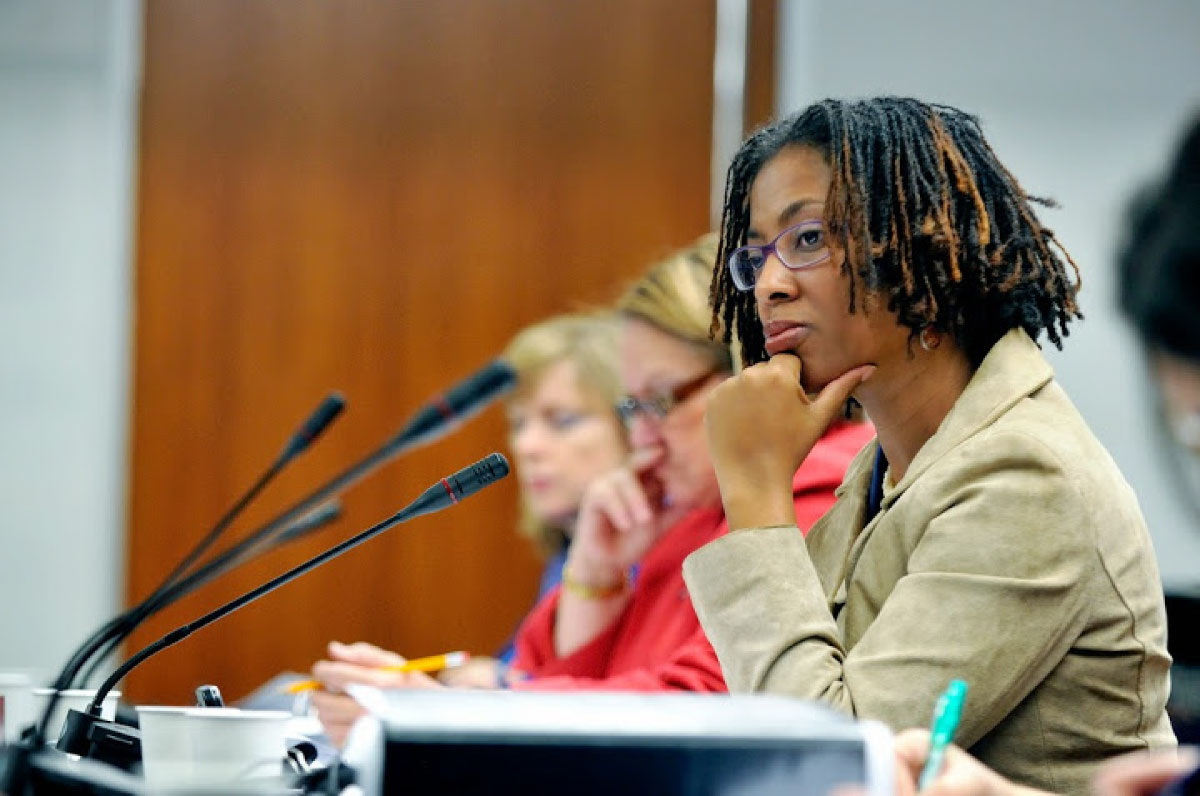 Nonetheless, the IACHR is an important and useful human rights body for Canadian women. Click here to find out more about IACHR procedures.

3- FAFIA and NWAC Briefing Paper for the IACHR

Thematic Briefing Paper for hearing before the Inter‑American Commission on Human Rights, March 2012

FAFIA and NWAC Briefing Paper for Thematic Briefing before the Inter‑American Commission on Human Rights, March 2013.